9 Smart Ways TV Can Use Engagement Campaigns for Programming

Meet your advertisers’ goals with promotions, keep them spending with you during an election year

TV stations are always looking for new ways to complement their content, drive viewership, grow their database, and increase engagement on their websites. Promotions and interactive content are the perfect opportunity to do all four.

Here are nine examples of tv stations leveraging promotions to produce results for their programming department:

KSDK created a landing page to coincide with the station’s promotion of a Janis Joplin tribute show. On this page, along with live interviews and on-air features, they created a quiz featuring songs by the artist. WISE-TV’s photo contest not only tied into their programming, but the photos their audience submitted were displayed on-air during Modern Family episodes. This is a great example of leveraging promotions to drive engagement and viewership. 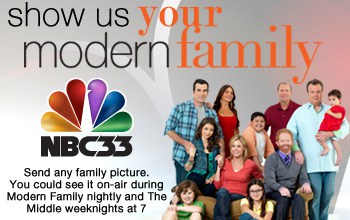 This write-in submission contest featured local athletes and coaches and the winners were announced in a special televised awards show. The contest received nearly 13,000 votes and collected 1,500 emails for WJMN’s database. Wake Up and Win Sweepstakes KDRV-TV | Medford, OR

To drive viewership, KDVR has been creating a series of “watch and win” sweepstakes. The sweepstakes normally run for the entire week with a new winner announced each day during the broadcast. This is an excellent way for the station to collect consumer profile data and to grow their email database.

Which Downton Abbey Character Are You? STV | Scotland

Quizzes about your station’s shows make for engaging pieces of content on your site. This quiz by United Kingdom station, STV, for the show Downton Abbey has been taken nearly 1,500 times. To drive awareness about a weatherbook the station was producing, KRDO ran a photo contest seeking the cover photo. With the excitement of announcing the winner on-air, the contest drove viewership and 4,400 votes.

KXMB has been leveraging surveys to tie in with popular news stories. These short one-question surveys are perfect for engaging their audience and talking about the results during their on-air news show.

How Alaskan Are You? KTUU-TV | Anchorage, AK

KTUU developed this personality quiz to target their local community through a series of questions about Alaska facts and culture. KTUU included an email opt-in on the quiz, and they’ve been able to add over 1,300 new addresses to their database. Capitalizing on the wide reach of your station, a voter’s choice metro ballot could be a great tie in to your station’s content. Metro ballots drive massive engagement numbers like WHAS-TV’s that brought in more than 23,000 votes by 3,400 registered users.