First things first, why are you building an app? The likelihood is you want to cultivate loyalty, drive company awareness, gain new mobile customers, and provide value to your audience, amongst other reasons. Mobile apps are another marketing channel for your brand and if you’ve invested a lot of time, effort, and budget in getting it launched, you’d also expect it to be a solid source of revenue.

Many people enter the mobile arena because they’ve become infatuated with the billion-dollar success of breakout apps like WhatsApp, Vine, and Instagram. Mobile is a big deal, but that doesn’t mean it will magically lead to a big deal for you. To succeed, you need to build a sustainable mobile business, not just a one-hit wonder. After all, 2% of app developers claim approximately 54% of all app revenue so you need to think about how you can tap into that lucrative 2%. To start, you need to plan how you can profit from your app and do this before you go to launch.

So, if you’re an app developer or an app marketer with an ambition to make a profit from your apps, read on to learn about the six most bankable app monetization strategies you can use.

Identifying Which Business Model is Right for Your App

As we go through the app business models below, think about which would best suit your app. Start by answering the following four questions:

It’s important to find the balance between your need to gain users with your need to earn revenue. Some app business models earn more money right off the bat at the expense of quickly acquiring tons of users, while others result in high downloads first and profits later. What is your timetable? Can you afford to initially forgo revenue to accumulate users? (It might be worth it, depending on your users).

Remember, app monetization strategies should be chosen and built into your app before you launch it on an app store. You can always modify your strategy as time passes or even change it completely, but approach mobile with the dual mindset of building an awesome app and eventually, a business. Another point to keep in mind is that the below models are not mutually exclusive; you can mix and match or use more than one as you see fit!

Free, but with ads (in-app advertising)

You’ve probably seen this model before. With the in-app advertising model, you remove the cost-barrier to purchasing your app and allow free downloads. Your goal is to accumulate a sizeable user base and gather information on the people interacting with your app. This data is then sorted and sold to app publishers who pay to place targeted ads in your app.

Facebook is a fantastic example of this. Its users don’t directly pay Facebook anything to download or use their mobile platform, but Facebook leverages a vast amount of their data to sell highly targeted ads, a strategy which has proven to be effective for Facebook. It’s reported that in 2020, the social giant annual ad revenue sat at a staggering 84,169,000,000. Freemium apps are similar to in-app advertising in that the app is offered for free in a freemium business model. However, certain features are gated and cost money to be unlocked. In other words, people have access to an app’s basic functionality, but there is a charge for premium or proprietary features. The premise of this model is that you attract people to your app and give them a rich preview of what your app can do (without giving them everything). The goal is to accumulate and engage app users until they are willing to pay for additional in-app tools.

A great example of a brand that capitalized on this strategy is Angry Birds. The Rovio team (the creator of Angry Birds) released a free version of their addictive app. However, the app kept certain features hidden (like being able to juice up your bird, additional levels, etc.) until users upgraded (for a small fee) to the full version. This allowed people to play Angry Birds and become fans of the game without hesitating at the initial price. Once app users have conquered a few levels and have had a glimpse into the game, they’re engaged enough to pay for the full version. 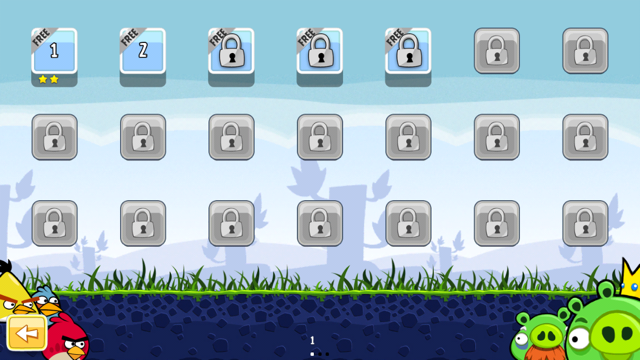 The paid app business model simply means your app is not free to download. If people want to use your app, they must first purchase it from an app store. Paid apps can cost anywhere between $0.99 and $999.99, and brands generate revenue upfront with each new user. The key to success with this model is your ability to showcase the perceived value of your app with a killer app listing (which includes screenshots, five star reviews, etc.) that differentiates your app from your competitors.

For example, let’s look at Calendars 5, which is a paid-for productivity app that costs $4.99 in Apple’s app store. When you check out Calendars 5’s iTunes listing, the app immediately positions itself as a “smart calendar” that incorporates tasks, human language, and reminders in a clean and colorful layout. The app’s listing page includes rich screenshots that highlight its sleek design and stellar reviews about its superior functionality. Within a few seconds, the app can make a compelling case that it’s better than Apple’s default calendar and thus, worth the monetary investment. MeetMe is an example of an app that has creatively incorporated in-app purchases into their social app. People can download MeetMe for free and use it to browse profiles, chat with people, and connect with locals. However, you can also purchase credits to enhance your visibility and gain new ways to interact with people. MeetMe’s purchase model is lucrative because the app can clearly highlight the benefits of in-app currency. 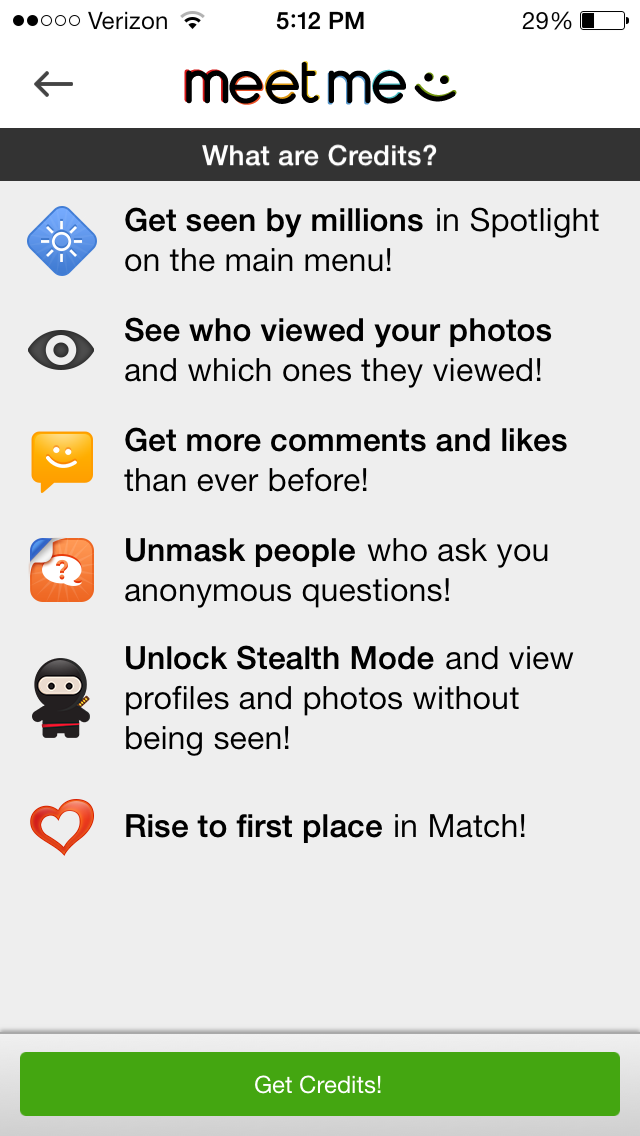 The paywall app business model is similar to the freemium model except that it focuses on gating content, not features. Paywalls allow an app user to view a predetermined amount of content for free and then prompts them to sign up for a paid subscription to get more. This model is best suited for service focused apps and allows brands to earn revenue on a recurring basis.

An example of an app that utilizes this app business model is Umano, which transforms news stories into podcasts. Umano allows users to listen to a limited number of stories until they sign up for a premium subscription. With this strategy, people can familiarize themselves with Umano’s best features, but for a fixed amount of time until they are engaged enough to pay for unlimited use and content. Of all the app business models discussed in this post, sponsorship is probably the newest entrant in the mobile world. Sponsorship entails partnering with advertisers, who provide your users with rewards for completing certain in-app actions. In this model, brands and agencies pay to be part of an incentive system. Your app earns money by taking a share of the revenue from redeemed rewards. This way, you can incorporate advertising into your app that enhances your app’s ability to engage users.

An early adopter of this app business model is RunKeeper. RunKeeper uses incentivized advertising to motivate its users to track their running activity with their app to unlock exclusive rewards and promotions. This strategy lets RunKeeper monetize their app without disrupting the user’s app’s experience with banner ads. Apps could opt for a blended approach

As the app landscape becomes more sophisticated, we should expect to see a trend towards more blended models. For instance, you can start with a “free, but with ads” model and then offer users a paid upgrade to an ad-free version, which is a “freemium” approach.

The main takeaway from: don’t just do what others have done before, adapt and modify each app monetization strategy to make it work for your requirements. In this post, we highlighted the standard methods to generate revenue with your app, but only the creative and courageous app marketers reap the rewards.

Whatever app monetization strategy you go for, Upland Localytics can help. Get in touch with a member of our team today, or book a demo tailored to your business.

Featured Photo (no changes made) by 401kCalculator.org / CC BY