Ultriva founder and CEO, Narayan Laksham was interviewed by Joel Hans regarding barriers to American re-shoring.  Here’s what Narayan had to say.

Manufacturing.net: What’s the current status of re-shoring in the U.S.? How far have we come?

Laksham: Manufacturing itself has changed. In the past, companies focused on batch-oriented manufacturing, whereas compared to today, it’s more of a demand-oriented manufacturing. In the older model, it was easier for you to produce anywhere in the world, and through a distribution model, you could pump it directly into the market. That has changed to the extent where companies are not dealing with a limited set of SKUs. Now the use of SKUs is so huge and so wide in variety that it’s impossible for a company to stock every part.

Their overall lead time to their customers is dramatically coming down, which means you carry a lot more inventory, or you start producing as demand comes in. To do that, you need to synchronize your supply chain. It’s become a lot easier to do local sourcing, and a lot simpler to not have inventory on the market for 30 days. If you start your production based on your customer demand, your time to market is also coming down dramatically.

If we go 10 years back, when we were going around talking to companies, we used to tell them that the total cost of ownership of the product is not something that companies had been measuring when they outsourced manufacturing. I’m glad that things are coming back, especially in the last couple of years. More and more it seems that re-shoring is an ideal option.

Manufacturing.net: How prevalent is the skills gap in American manufacturing, and how is that affecting the re-shoring process?

Laksham: It’s been going on for 10-12 years. On one end of the spectrum, you find more and more students getting into non-engineering, non-technical fields. It’s not because of a lack of interest in math or science — I think it’s a lack of opportunity. Over the last 15 or 20 years, most of the companies that are high-flying are either Wall Street investment banking firms or law firms, not manufacturing firms. When you don’t see an opportunity, the tendency for students is to not go into a field that will not give them a great salary when they get out of college.

Combine that with these schools not spending money on R&D and collaborating with manufacturing companies, it’s just a natural process — decline happens. It could be as simple as declining 5 percent a year, but over a 10-year period, that decline is substantial.

If you go into a German or Italian manufacturing company, what you see is people on the floor that are highly knowledgeable. There are budding engineers and people with some technical skills, and there is an excitement on the shop floor that you don’t see in the U.S. Also, when you walk into a U.S. shop floor, you find many people in their 50s and 60s, and there is no desire for them to change anything.

That skills gap comes not from one fold — lack of students finding incentive in getting these skills, and then a lack of desire in the manufacturing companies to train. Our incentive structure, from the government’s perspective, it’s largely focused on being a tax-based incentive. I think it should be more training-centric — provide money for the corporations to train people in the desired skillsets.

Manufacturing.net: How related is the lack of training to the fact that we don’t have the people for these jobs?

Laksham: In the U.S., manufacturing is looked at as a cost center. In theory, it’s a value center. If you treat manufacturing as a cost center, then all you do is source the work out as quickly as possible. I think it’s a lack of management-level commitment in terms of building manufacturing — they don’t realize they’re losing their intellectual property when they outsource. They’re not working close to the customer, which ultimately impacts the company’s marketshare. Most of the senior-level managers have never done manufacturing — they have come from some kind of management degree. They don’t understand the importance they should give to the manufacturing elements.

Manufacturing.net: Good infrastructure is, of course, critical to the success of any manufacturer. What are some current problems with our infrastructure, and how would those change as companies re-shore?

Laksham: To some extent, a localized supply chain with road transportation can take care of certain problems, such as issues with ports being closed, but I also think that electronic information flow will be important in the future. If you remember some time back, there was a big need for RFID. If you look at Wal-Mart eight to 10 years back, they mandated their suppliers use RFID. But it never went too far, for the simple reason that the RFID infrastructure was lacking, and when they were sourcing from abroad, it became more complex.

When manufacturing plants come into remote locations in the U.S., you do end up expanding rail or road infrastructure, which will follow growth in manufacturing. We do feel that ancillary suppliers will start getting closer and closer. BMW put their plant in South Carolina, a whole bunch of suppliers came up from the automotive manufacturers, which prompted a few other manufacturers to come into the same area, because there is a greater availability of materials. This is basically one guiding another — it’s not that you need to get the infrastructure first. Infrastructure develops when local manufacturing starts.

Companies are struggling with cash flows, and that comes out of money being tied in inventory. Essentially, how do you free inventory by improving the inventory by improving inventory velocity? Velocity comes from the reduction of lead time. You can do that if you have a local supplier compared to an outsourced supplier that is 10,000 miles away. I do think it’s that factor of not being able to put a lot of cash into inventory. This is also driving manufacturing and regionalized supply chain.

Manufacturing.net: In your opinion, what are some other major barriers to re-shoring?

Laksham: It’s very difficult from now to go back and look at the cost of outsourcing. But the labor costs are probably 15 percent of the total manufacturing cost — 65 percent is the purchasing costs. With that 15 percent, even if you save 50 percent, it only leads to a total savings of 7 percent. If you add in project costs, project management costs, sending people from here to Asia — I know several senior-level people who have to keep going back-and-forth to China in order to make things happen.

Those costs were normally not included when the original proposal was made to outsource. I think it’s a little too late to get that information and get the data to prove outsourcing was not a good thing. But I think going forward, I would really like for people to look at the end-game costs, and look at supply chain savings, the bottom-line benefits. Really, it’s not possible to go back and do more research, so I would say, start saving money and getting better margins so you can convince Wall Street there is no need to go abroad.

But the barrier is that there’s not enough research being done on why companies should bring manufacturing back. The first research I saw was in 2010 or 2011. But in the last 15 or 20 years, nobody did the research to figure out whether outsourcing was really a competitive edge, if it’s really a cost-saving exercise. It was a process driven by Wall Street. And that’s the only concern I have — Wall Street still doesn’t think of re-shoring as important enough, and normally, they’re the ones who win.

When Push Comes to Pull (free whitepaper from Narayan Laksham)

Modern technology has created seamless electronic networks among manufacturers, distributors and suppliers that can be leveraged to implement the kanban process and deliver Just-in-Time (JIT) between the end user and original manufacturer.

In the whitepaper below, Narayan Laksham discusses the role and benefits of this technology for manufacturers struggling to reduce costs and complexity associated with today’s expanding multi-tier global supply chains. 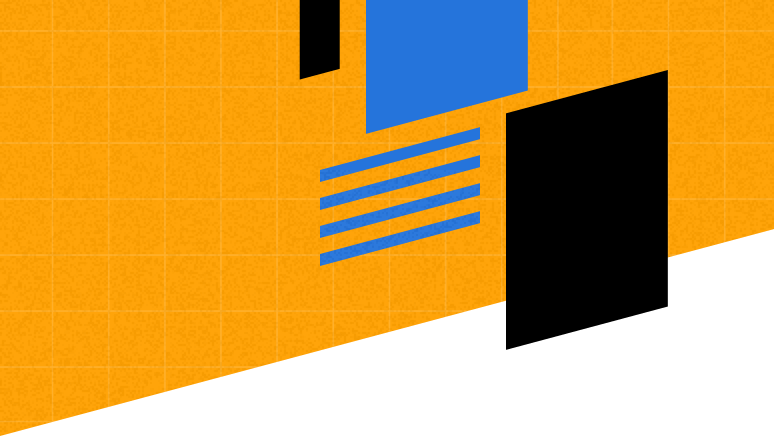